I was welcomed to Indonesia as a guest of the Ministry of Tourism as part of their #TripOfWonders campaign. All words, photos and experiences however are my own ☺

In some ways, a trip to Indonesia is like getting cursed.

One visit is all it takes for your mind to spiral into constant thoughts of coming back (the ultimate first world problem). But, made up of over 14,000 islands, this dreamy country is magnetic for a reason. Bringing together the trifecta of travel perfection – gorgeous scenery, fascinating culture and a food scene to die for, Indonesia is a place that would take dozens of years to cover properly. So, it makes sense then… Once you come once, you’re doomed to an ever-growing list of where to go in Indonesia for next time.

And while the country’s shining tourism star may be Bali (it’s called the “Island of the Gods” for a reason!), those willing to go a bit more off the beaten path will be treated to a treasure trove of unique cultures, natural beauty and sights that are truly out of this world. I had the pleasure of visiting Indonesia for the first time last month with the Ministry of Tourism’s #TripOfWonders campaign and almost instantly, I knew I was in trouble. 10 days passed like nothing, and now I’m already plotting my return.

So, if you’re looking for some visual inspo re: where to go in Indonesia, here are just a few of the other Indonesian islands you need on your travel bucket list, from the large and (deservedly) touristy to the smaller and more remote. Get ready to drool.

Which Indonesian islands am I missing on this list? I know there’s lots. Let me know in the comments!

Pin these ideas for later: 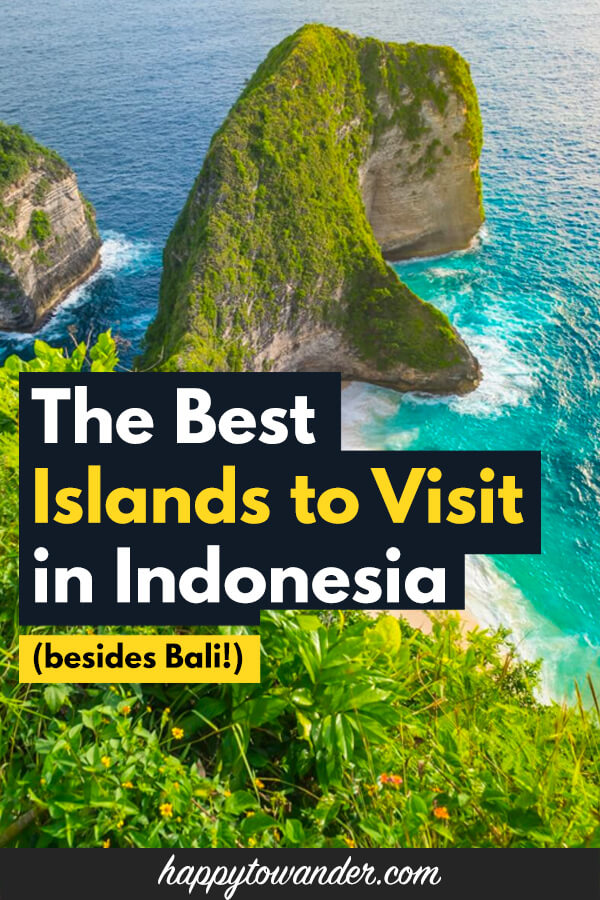 Sumatra is a diverse and captivating island synonymous with adventure. From stealthy tigers to bumbling orangutans, this island is home to a diverse wildlife and natural world that has earned Sumatra a (well-deserved) reputation as “Indonesia’s wild west”. From jungle trekking to volcano scaling, there’s potential for adventure around every corner. Those looking for a more relaxing and low-key experience though shouldn’t miss Lake Toba, the world’s largest volcanic lake (and a spectacular backdrop for adventurous exploration).

Click here to see the best deals on adventure packages around Sumatra. 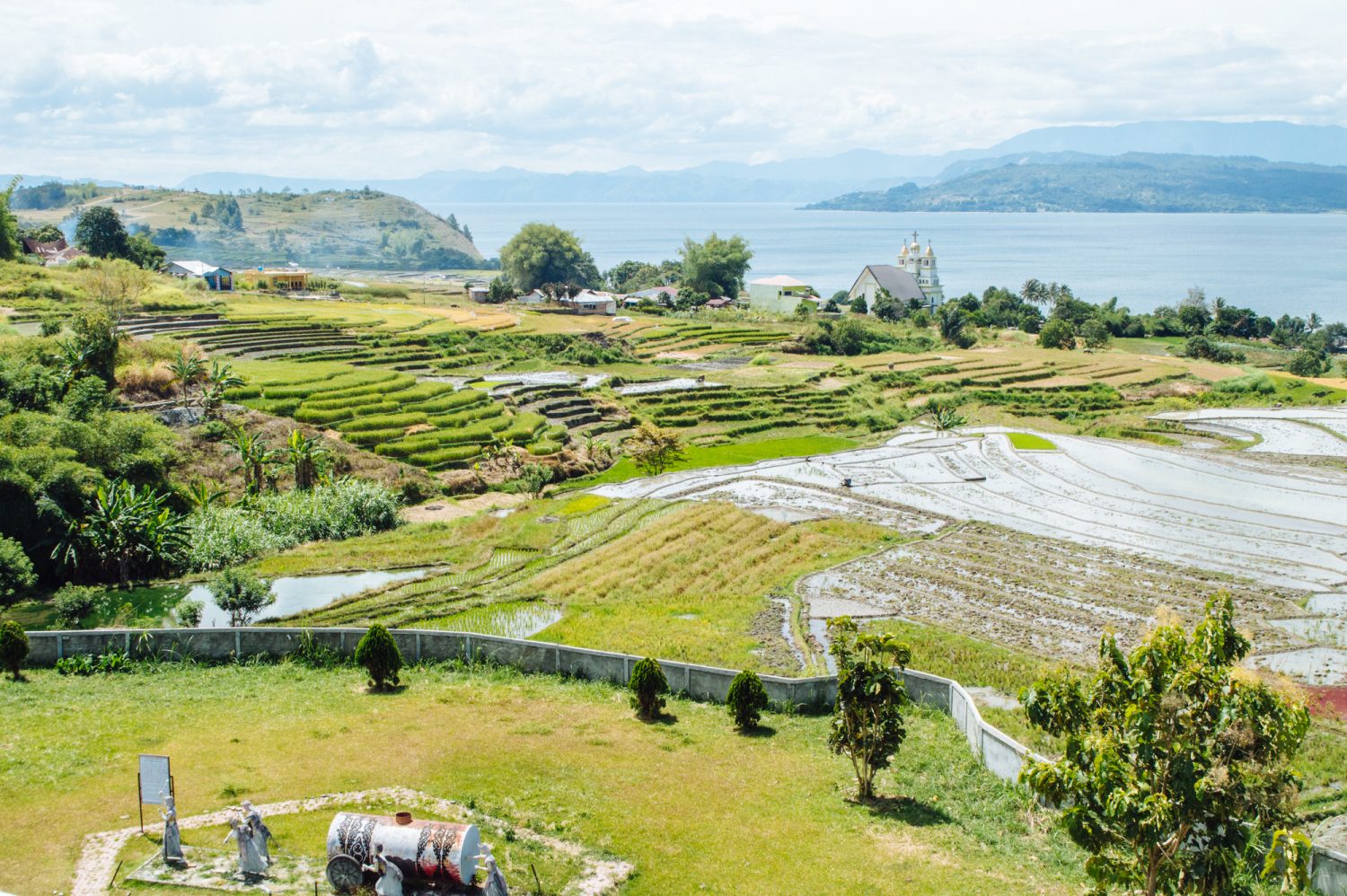 While technically part of Sumatra, Samosir deserves its own special mention. An island the size of Singapore, housed in the middle of the world’s largest volcanic lake? Yes, it’s as cool as it sounds. Combining picturesque scenery with fascinating cultural tradition, Samosir is a well-rounded destination well worth a visit. While here, be sure to immerse yourself in the vibrant cultural traditions of the Batak people (one of Indonesia’s largest ethnic groups), through exploring both museums and local villages. 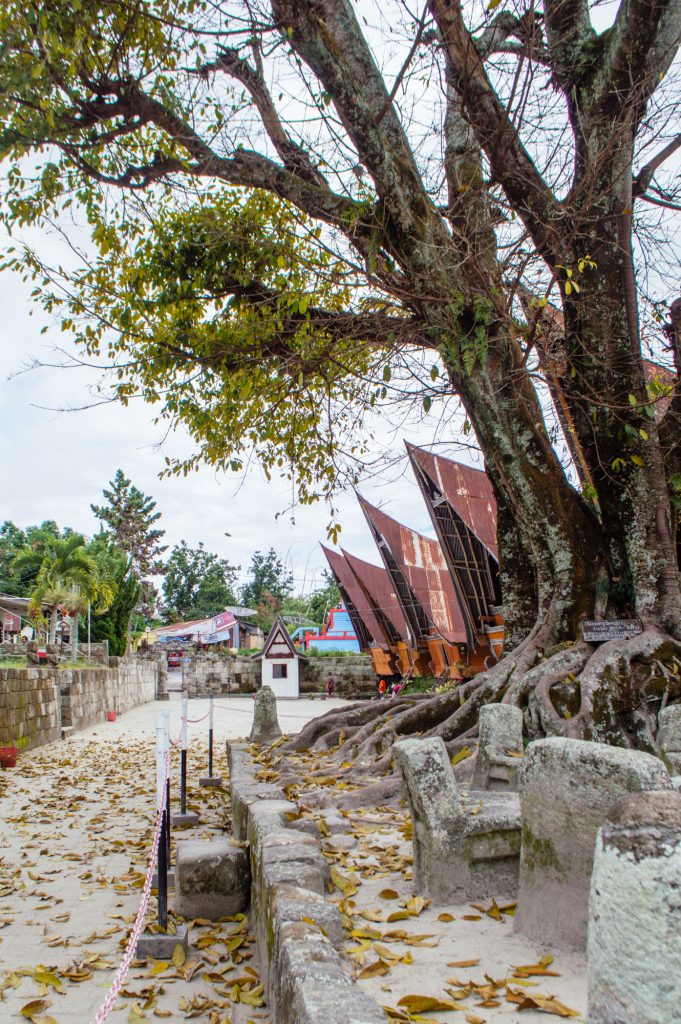 As the most populated island on earth, Java is often considered to be the heart of Indonesia.  This massive island is packed with a little something for everyone, from chaotic big cities (like the country’s capital, Jakarta) to top Indonesia attractions like the temple haven of Yogyakarta. This abundance of cool sights is what makes it one of the best Indonesian islands to visit for a first timer.

Of course, Java is also home to some lesser known Indonesia attractions, which makes it the perfect destination for cultural explorers. Don’t miss the fascinating city of Semarang, dubbed the “little Netherlands” of Indonesia and of course, be sure to stop in Surakarta (AKA Solo), a bustling city world-renowned as the Spirit of Java.

Here are some of the cool tours and activities you can try in Java. 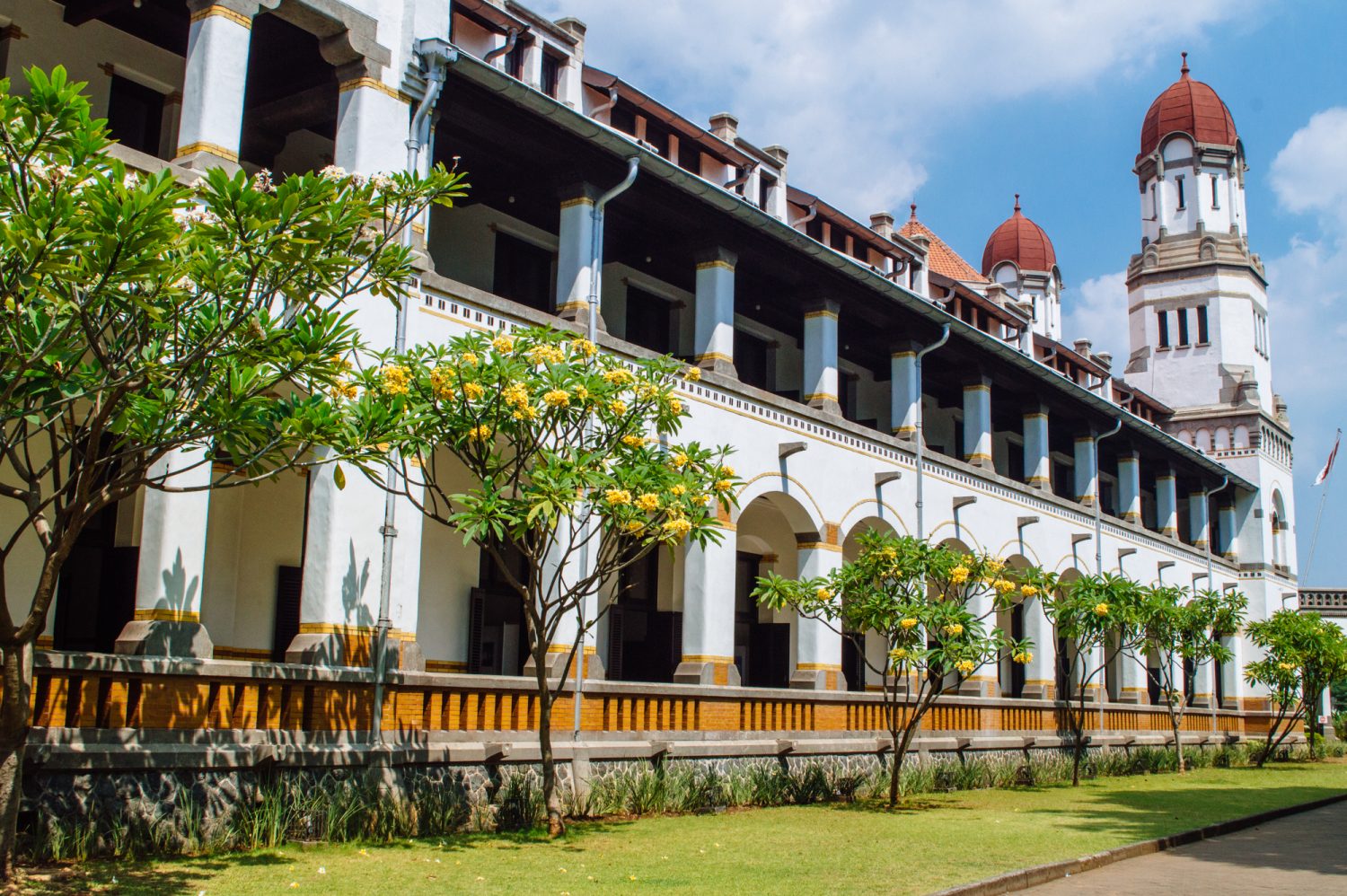 Mountains, jungles and wildlife for days – Sulawesi is not only one of the biggest islands in the world, but one of the most mysterious and intriguing. Venture into the Southern Highlands to find Tana Toraja, home to some of the most unique funeral traditions in the world (and where venturing into death caves becomes the norm). There’s an abundance of cool things to do here, from scoping out traditional villages like Kete Kesu to more adventurous activities like diving. Trust me, this is one of the top Indonesia attractions you don’t want to miss. 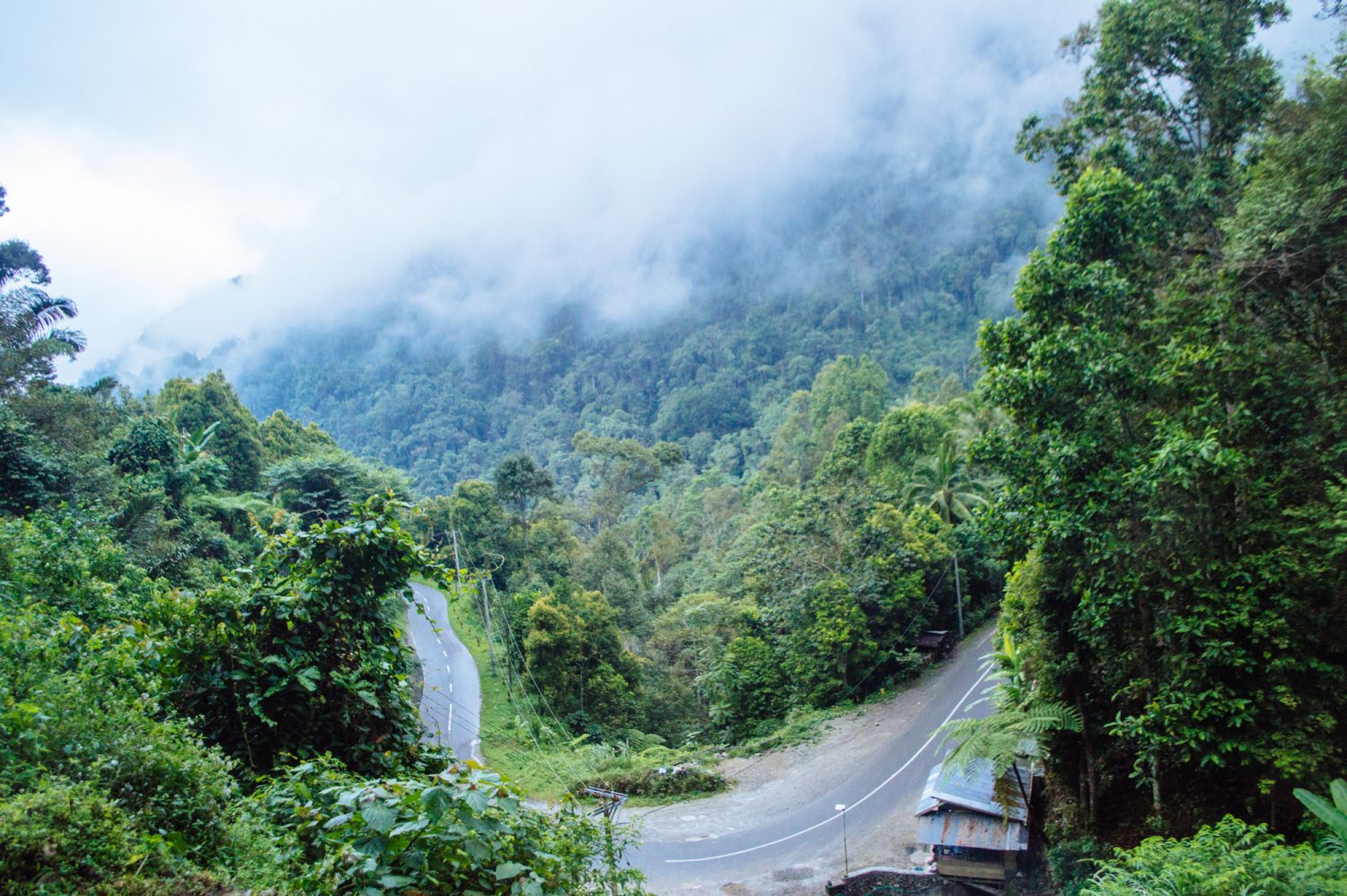 Best Indonesian Islands to Visit (still on my bucket list)

Of course, there are still so many beautiful islands to visit in the future… here are some of the top picks on my list.

White sand beaches, lush rice paddies, exquisite hiking trails and views for days. There are many islands near Bali well worth a visit, but its close neighbour Lombok is the adventurer’s paradise I most have my eye on. Imagine lounging on pristine pink beaches or gawking at the smouldering crater lake atop Mount Rinjani, Indonesia’s second highest volcano… Can I just book my ticket already?

Here are some packages to Lombok you can book from Bali. 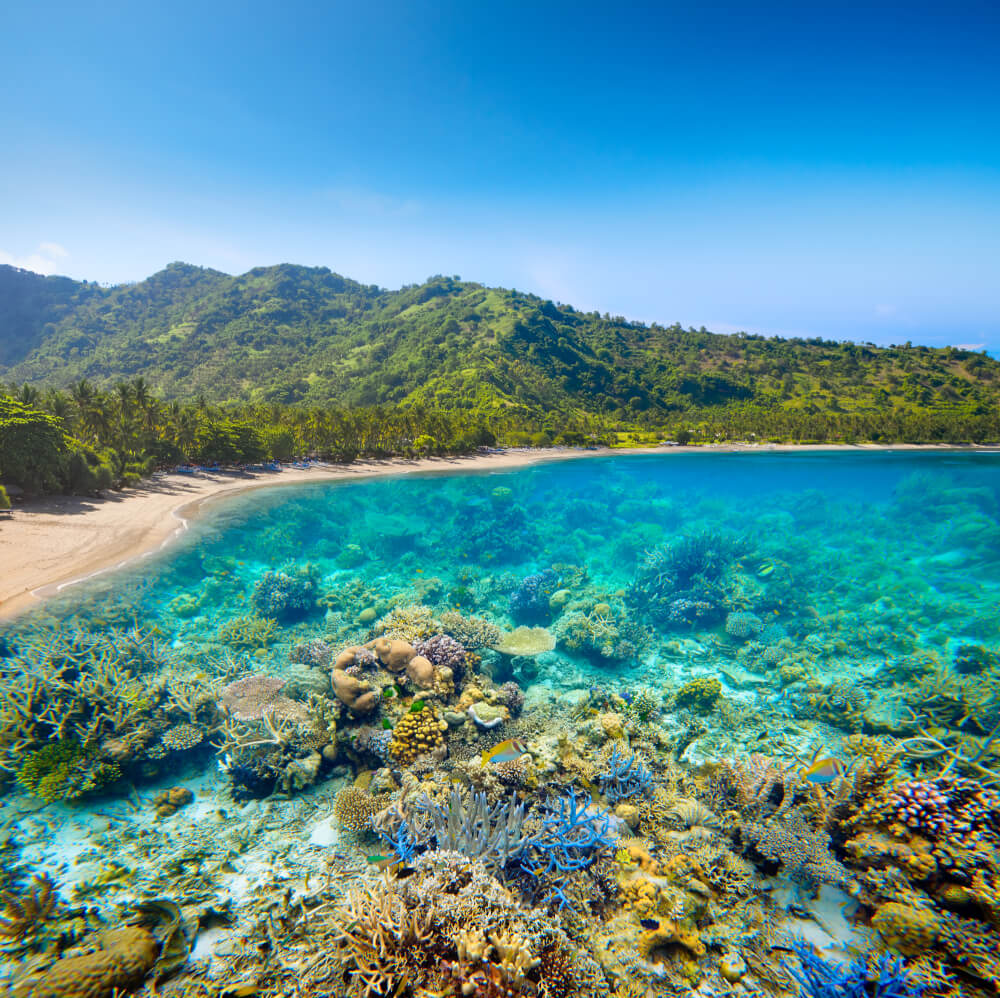 Just off of Lombok is where you’ll find the popular island trio of Gili Trawangan, Gili Meno, and Gili Air, all increasingly popular spots on tourist radars. Boasting some of the best beaches in Indonesia with their turquoise waters and soft white sand, these tiny islands have become synonymous with paradise, each offering something unique to its visitors. And sure, while some might say the tourism boom on these islands has eroded its previously tranquil appeal, you can’t say no to spectacular views like these: 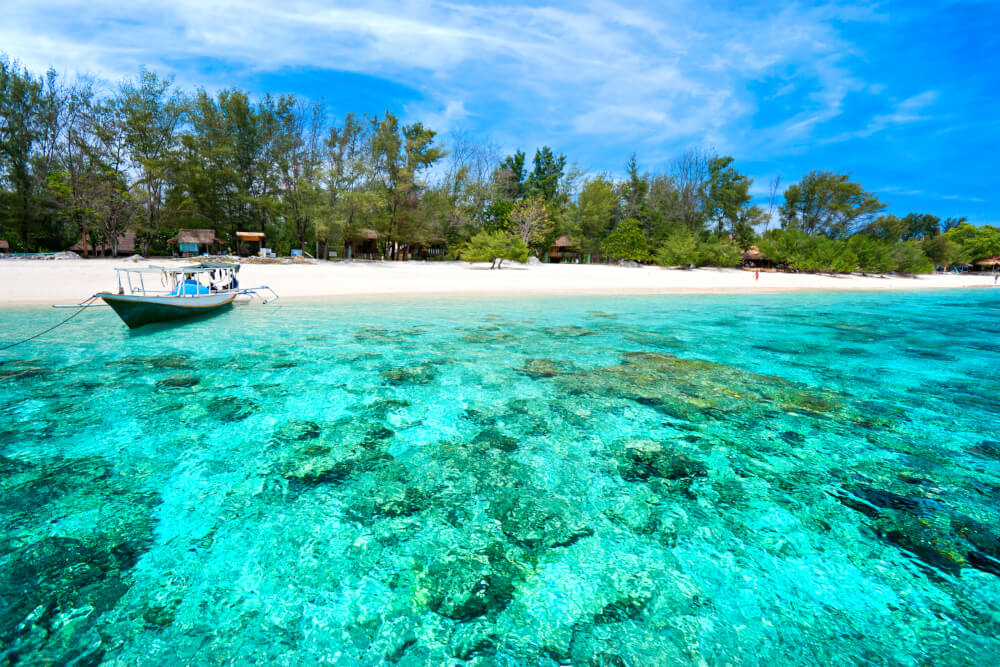 East of Sumatra, you’ll find a little paradise haven called Belitung Island, a spot largely left off tourist radars. Why is it on my list then? Two words: Kaolin Lake. Ever since seeing a photo of this lake’s bright blue waters (framed gorgeously by white limestone), I’ve made it a priority for my next visit.

And I mean, the unspoiled beaches and ridiculously attractive scenery help too.

New Guinea is the second largest island in the world, with territory split between two countries: Indonesia to the west and Papua New Guinea to the east.

This remote slice of Indonesia (the farthest east in the country you can go) offers up majestic, unspoiled landscapes, mindblowing culture and thriving traditions that will transport you into a completely different world. Despite being relatively difficult to access, I’d love to come here someday to witness its spectacular tribal traditions for myself.

Just off the Northwest coast of New Guinea is the diving paradise of Raja Ampat.

I mean, let’s be honest: Raja Ampat is living proof that Mother Nature loves to show off from time to time. This archipelago, made up of over a thousand small islands, offers up spectacular natural wonders that you have to see to believe, from crystal clear turquoise waters to marine life ripped straight from a tropical fish tank. Jawdropping scenery meets exploration and adventure… I’ll see you there, yeah?

Here are some of the best hotel deals around Raja Ampat.

With glorious deserted beaches and epic volcanic lakes, Flores is where you can escape the chaos of other Indonesia attractions and feel a sense of zen and escape. Found only 90 minutes away from Bali, this island is quickly becoming more popular, but for good reason. Flores is where you can spy on komodo dragons, enjoy a pristine dive and trek through lush jungles all in one day.

My personal dream though is to one day catch sunrise at Mount Kelimutu, with its tri-coloured lakes at the summit, a mysterious and captivating sight that baffles visitors from all around the world.

Right by Flores is where you’ll find another top Indonesian destination: the Komodo National Park.

Spread across several islands including Komodo, Rinca and Padar, Komodo National Park is the epitome of a badass adventure destination. From bright pink beaches to giant deadly lizards – this national park showcases Indonesian nature at its finest.

Looking for the easiest way to see Komodo National Park? Here are some organized tours. 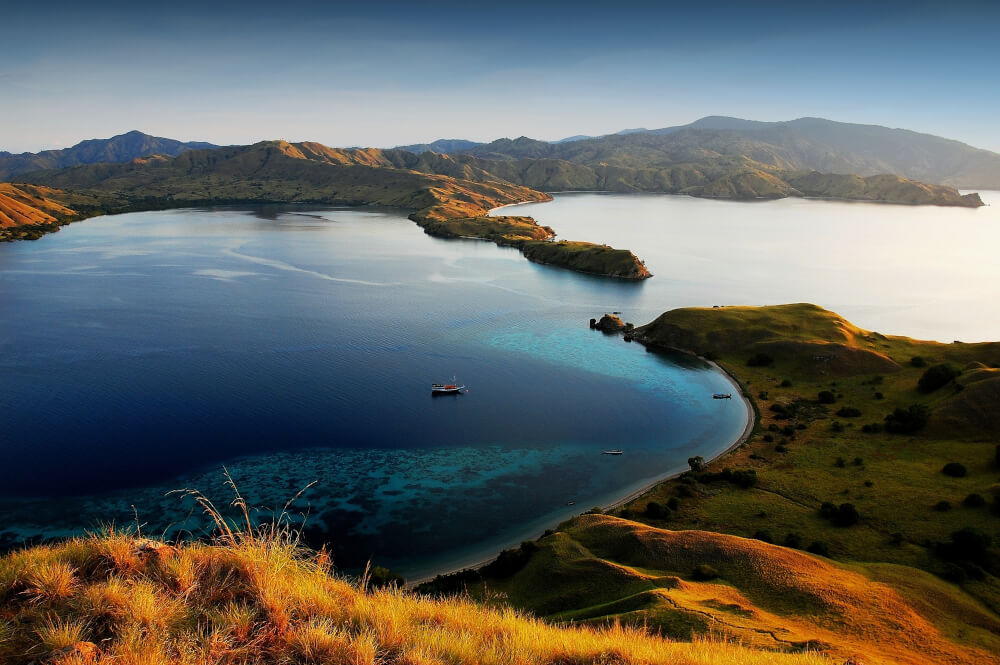 Borneo is a stunning island politically divided between Indonesia, Brunei and Malaysia. Wildlife enthusiasts flock here to be dazzled by the island’s lush rainforests, unspoiled beaches and insane abundance of cool creatures. I mean sure, other Indonesian islands may have surf opportunities and sweet nightlife, but do they have adorably cheeky orangutans? I think not.

This archipelago found east of Sulawesi plays a crucial role in Indonesian history, but today remains an unexplored, tranquil slice of paradise. Formerly known as the Spice Islands – it was here that nutmeg and cloves were exclusively found once upon a time, which played a massive role in the country’s eventual colonization. No doubt, these islands are some of the best Indonesian islands to visit if you’re in search of peace, quiet or maybe some bird watching (which Seram Island is famous for).

This vaguely Japanese-sounding archipelago gets its name from four islands – Wangi Wangi, Kaledupa, Tomia, and Binongko. You can find it just off of South East Sulawesi, and the incredible biodiversity found here, alongside its magnetic beauty, has made it an increasingly hot destination for divers, photographers and tourists alike. The upside of this is of course that it’s now more accessible than ever, which means yes, you’ll be catching me here ASAP.

This remote island in Eastern Indonesia offers up the classic Indonesian paradise aesthetic, all pleasantly without the crowds to brawl with. While not easy to reach, visitors are spoiled rotten with breathaking sights like hidden lagoons, quiet beaches and postcard-perfect views, like the mangroves at Walakiri Beach.

My dream though (and #1 motivator for visiting)? The opportunity to check out and (maybe) sleep in one of these traditional straw houses: 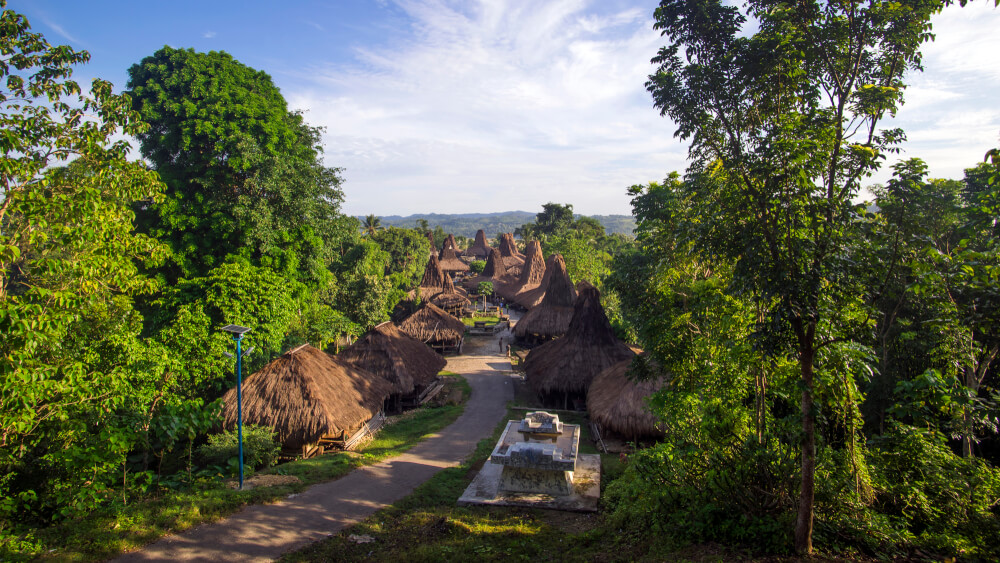 Just off the coast of Bali is where you’ll find some of the best beaches in Indonesia, and surprise: they’re still somehow relatively undisturbed by mass tourism. I’m of course talking about the little island of Nusa Penida, found only 90 minutes away from Bali. Of all islands near Bali, Nusa Penida is among the most picturesque, and more low-key than the surfer haven Nusa Lembongan right next door.

Of course, it’s important to mention that it’s also home to the Insta-famous ‘T-Rex island’: 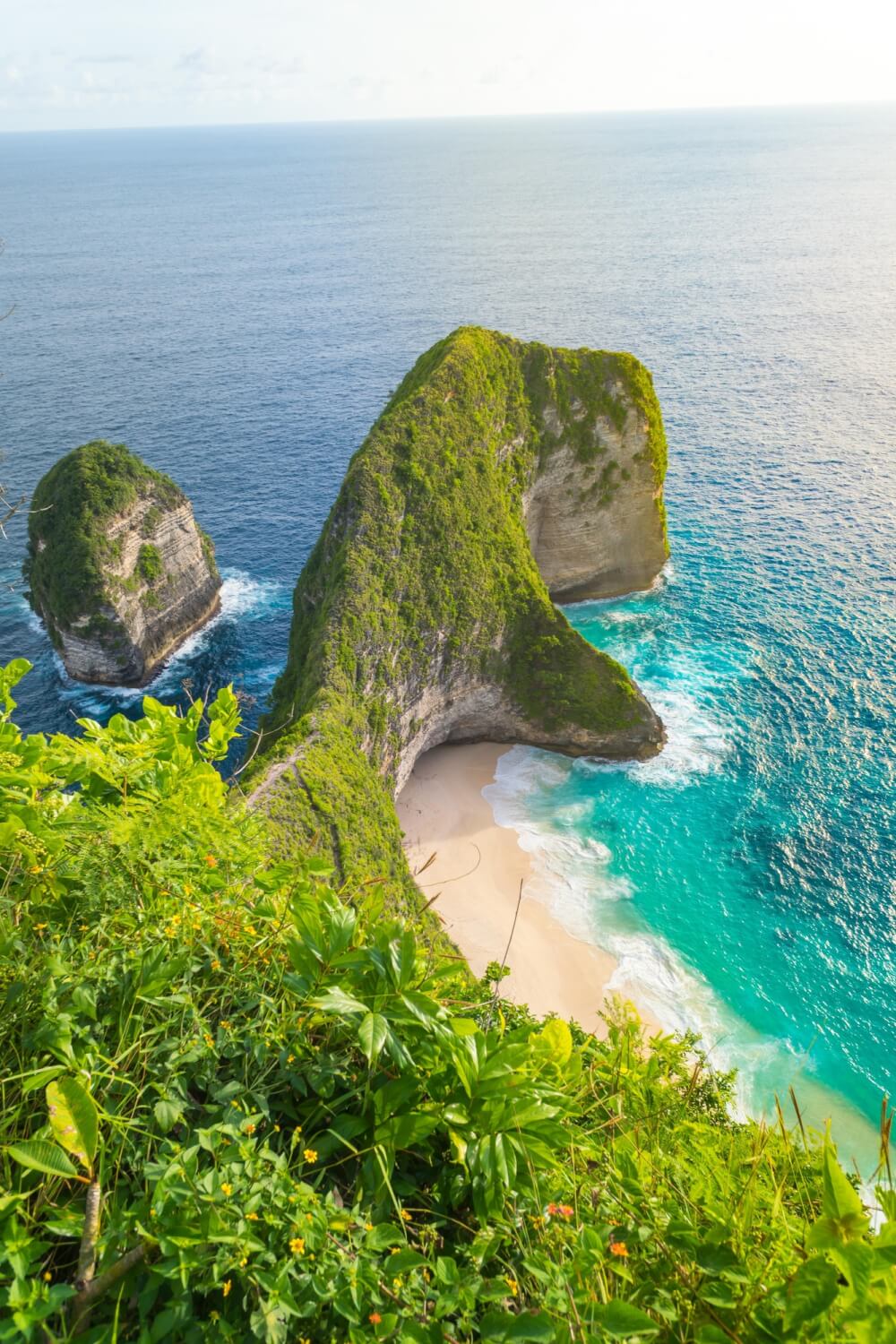 I’m still planning where to go in Indonesia next, so tell me: what other incredible gems am I missing? Let me know in the comments where the best Indonesian islands to visit are (if you’re not keeping the secret for yourself)!