For movie and TV lovers, Los Angeles offers several studio tours that bring you right into the action so you can personally witness where the magic of film and television come alive. After researching the different options, I decided to check out the Warner Bros VIP Studio Tour, which is located in Burbank and costs $54 per person.

The tour lasts approximately 2h 15min, and is capped at 12 people per tour to ensure a more personal experience. The tour will bring you through the studio’s back and front lots on a golf cart-esque tram, with a few scheduled stops so you can explore soundstages, sets and prop/costume museums. It’s a really neat experience that I highly recommend, especially if you’re a fan of Warner Bros movies and TV shows.

As an added bonus, during my visit, the tour was celebrating Batman’s 75th Anniversary, so I was treated to epic displays of costumes, props and even vehicles from the franchise.

So, is the Warner Bros VIP Studio Tour worth it? Is it something you should do when you’re in LA? Well, in this post, I’ll be going over what to expect on the tour, with plenty of photos from my experience.

Warning: spoilers ahead! I’ll be going into detail about where they brought us and what we saw on the tour, so you better look away if you’re a fan of surprises! 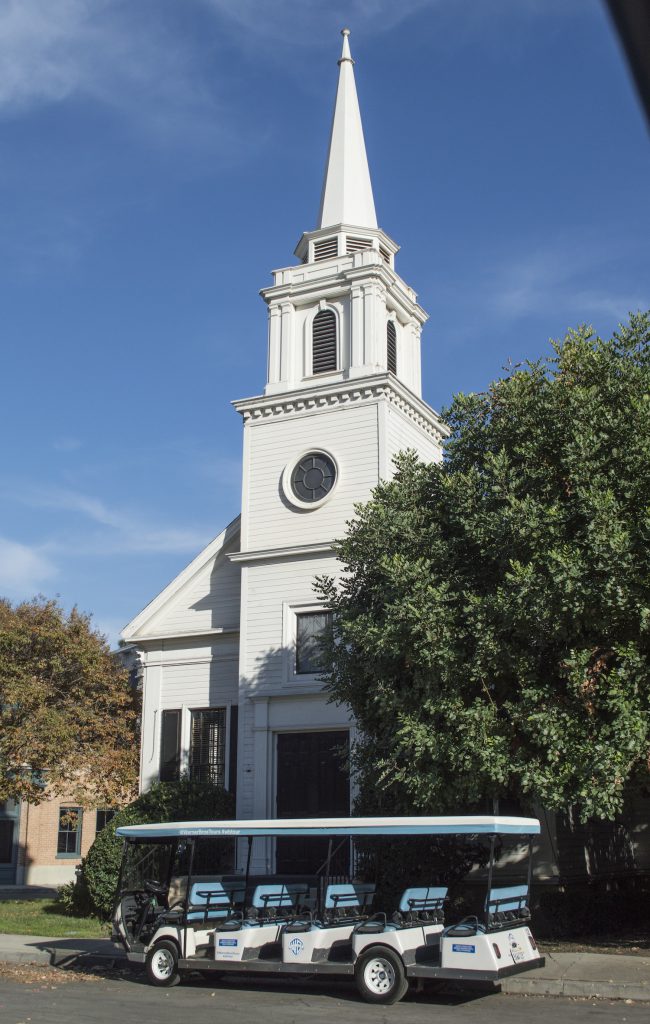 Be sure to book your tour online in advance, as time slots can get filled quickly. When booking, you can choose between the VIP Studio Tour ($54), which lasts just over 2 hours, and the Deluxe Studio Tour ($250), which lasts 5 hours and includes lunch and much more. I opted for the cost-effective VIP Studio Tour, and it was more than enough for me! Tours are offered from 8:15am-4:00pm Monday-Friday.

To check in for your tour, you go to the VIP Tour Center, located at 3400 W. Riverside Drive in Burbank, CA approximately 20 minutes before your tour time. $7 parking is available nearby at Gate 6. After you check in, you’ll have some time to browse the souvenir shop or grab some Starbucks and gelato. Drinks are allowed on the tour, so it’s a good idea to bring something along since you’ll be out and about for 2 hours.

Before the tour begins, you are brought into a theatre for a pre-show introduction to Warner Bros, featuring clips from the myriad of films and shows that they have produced. This little film does an awesome job of pumping you up for the tour! After this, you will meet your tour guide and will then be sent on your way.

We started the tour by boarding our tram. Our guide, Shannon, was really great, and made sure to ask about our favourite WB productions so she could tailor the tour to our interests. We started off by riding to Anytown USA, which features a variety of building facades that have been used in different productions including Gilmore Girls, Pretty Little Liars and even Seinfeld. This lot is well-known for its adaptability in becoming any city/town, hence the name, Anytown USA.

Next, our tram took us through Warner Village, comprised of many exterior sets and houses. One cool thing our tour guide told us was that at Warner Bros, filming isn’t solely limited to sets and soundstages. If a production sees any location they want to film at on the property (whether it’s a parking lot, office or even gas station), it’s usually fair game.

READ MORE:
Avoid Plastic When You Travel w/ these Amazing Products Under $30

The studio has many more exterior sets on their backlot, but because there was a lot of filming that day, we weren’t able to drive through them. No worries though, because we were soon dropped off at our first walk-on stop of the tour, which took us inside a house set. Here, Shannon told us a lot of cool tidbits about set construction, lighting and shooting. The house I visited happened to be the one used for the Gellar house on Friends. For fans of the show, it was the house where Monica and Rachel’s prom video was shot. Can’t you picture sad Ross on those stairs?!

Our next stop was the Warner Bros Studio Museum, where you are given 20-25 minutes to explore. The bottom floor had props and costumes from various Batman films (in celebration of their 75th anniversary). As a big fan of the movies, it was awesome to see iconic costumes (like Heath Ledger’s purple Joker suit) in real life. 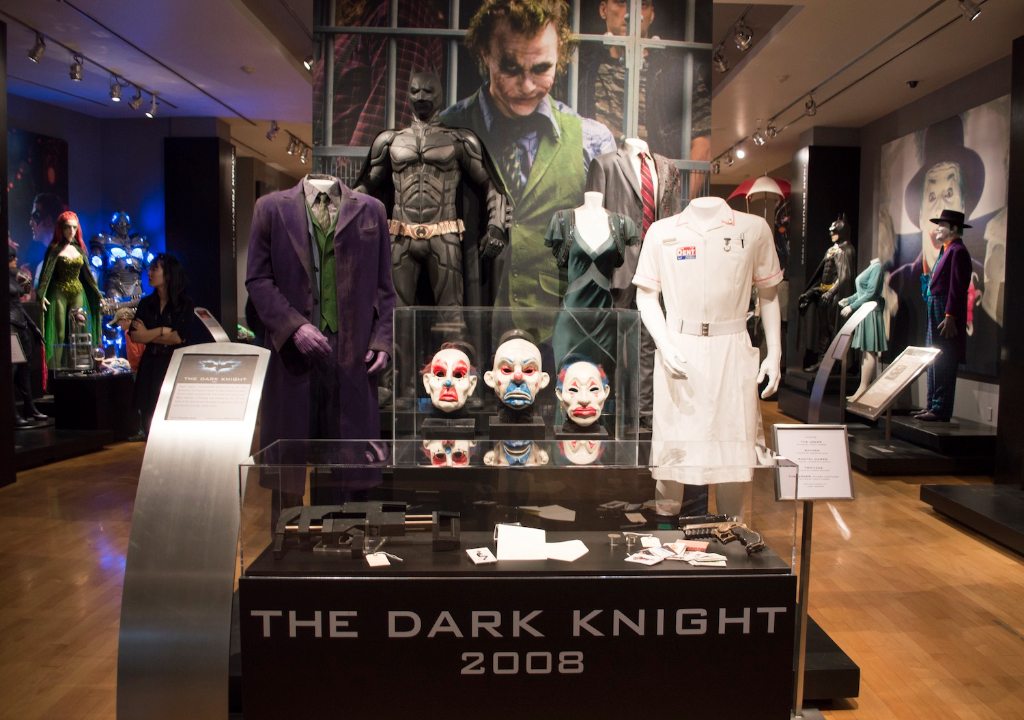 Seeing the technical side of things…

After getting back on our tram, we went on a little tour to see the technical side of things at the studio. We drove by areas for prop creation, set building and more. Shannon told us that these guys worked 7 days a week, and driving by, it was fascinating to see all the neat stuff that was going on. They keep busy, that’s for sure!

Where sets are built

READ MORE:
Things to do in Montmartre, Paris: A Local's Guide

We then hopped back onto our tour tram and drove to the picture car vault, which was remodelled as “the Bat Cave” and housed several Batmobiles in honour of Batman’s 75th anniversary. There’s even a green screen photo opportunity at this stop. Be sure to take advantage of this, as you receive a free copy of your photo at the end of your tour. 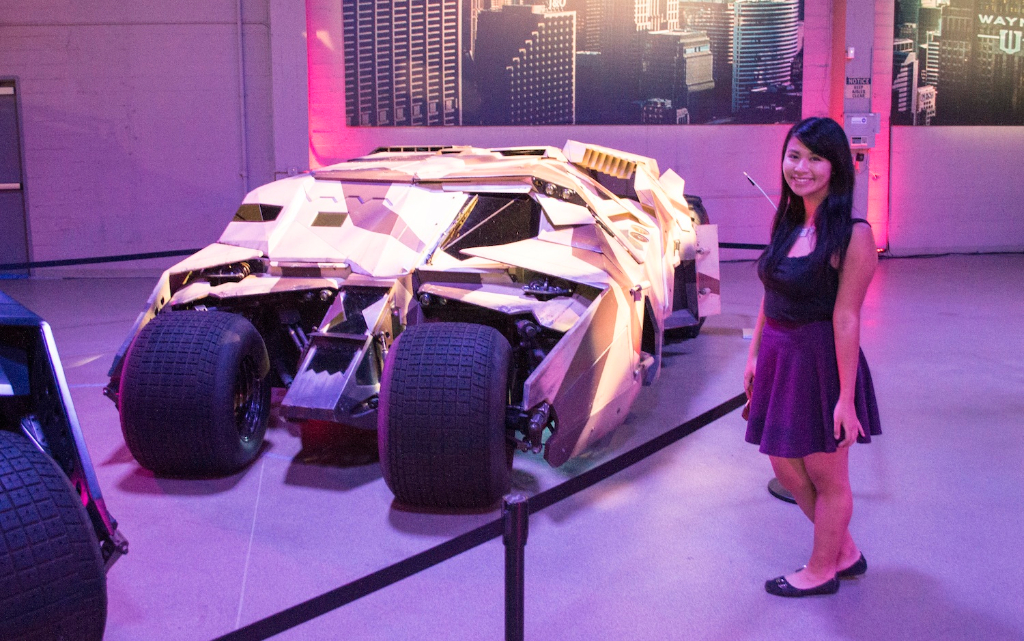 After gazing longingly at batmobiles, we walked past the studios’ Prop House, which stores hundreds of thousands of props. From there, they brought us to one of my favourite spots on the tour: a reconstruction of the Central Perk set from Friends! Each tour group was brought in and given the chance to take a photo on the famous couch, which was an actual set piece used in filming the show’s last season. The set is absolutely tiny in person, and was decked out in festive holiday props.

Next, they brought us into a soundstage. Note: which soundstage you visit will depend entirely on what is filming at the moment. Luckily for me, I got to visit one of the soundstages used on Pretty Little Liars, a show that has been one of my guilty pleasures for months now. Getting to walk through the characters’ houses was super cool. We even got to visit a set that hasn’t yet been shown on TV!

The sound stage was our last stop for the day. We were then dropped off again at the Tour Center, where I picked up some souvenirs and collected my green screen photo. Overall, it was a really great experience and I had an absolute blast seeing all those props and sets in real life. Definitely check it out if you are in LA!

An awesome way to spend 2 hours!